The most beautiful sandbar in the Philippines

I had a roller-coaster of emotions in my recent trip to Southern islands. I stepped onto the most beautiful sandbar in the Philippines. 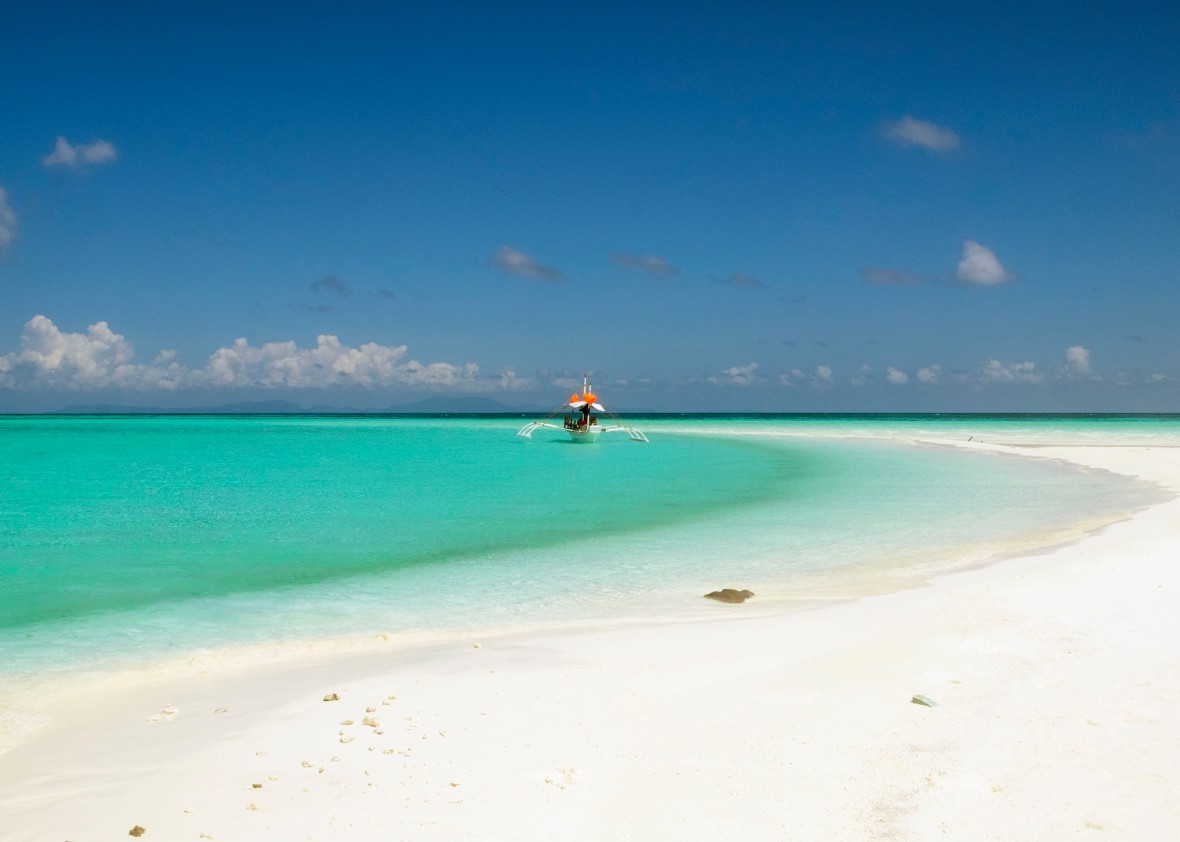 This is the most beautiful sandbar I’ve ever seen. It has the finest sand (with some pinkish tones), and is surrounded by aquamarine waters & gorgeous reefs. It felt like we were in a dream. The bright skies and crystal clear waters slowly turned grey and our feelings turned blue when we realized that a shark was poached in that area.

Then I noticed a grey debris by the shore.

I went closer. And to my surprise, this grey thing was a decapitated shark.

How would you feel if you’ve finally found the best white sandbar (with pinkish tones) in the middle of pristine aquamarine waters that is surrounded by gorgeous reefs at the Southwestern tip of the Philippines? Then find a dead shark’s head?

The place is stunningly-beautiful. Blue skies, whitest clouds, soft fine sand under your feet, and the most beautiful waters surrounding you. It feels like a dream.

But realizing that this shark has been poached for its fins, and its head was just an evidence that poaching is rampant in this region. I was disappointed.

I feel sorry for the locals who resort to this illegal trade. It makes me wonder. What has their local government done to address this situation? Do they put the poachers in jail, or are they benefiting from the bribes of this trade?

When the dream slowly turns into nightmare… 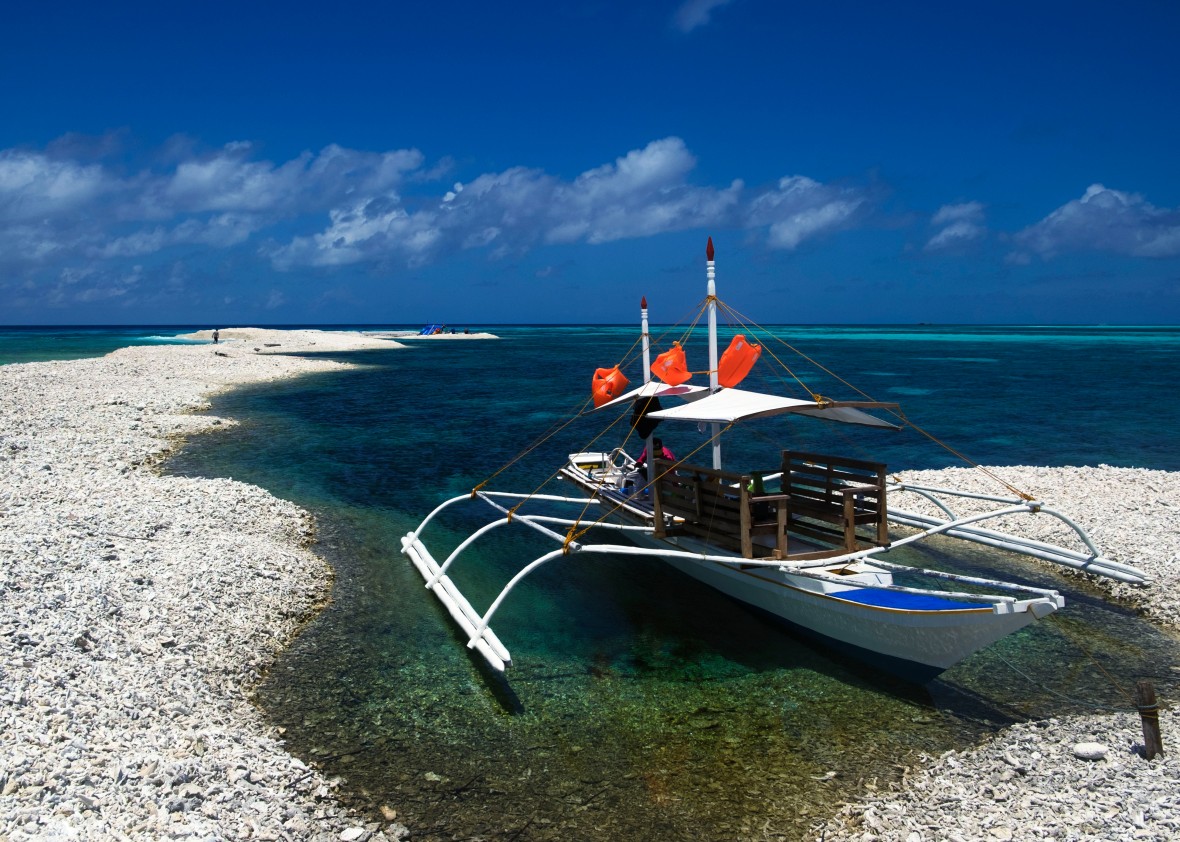 We checked out the next bank near this sandbar, which was more of a coral bar to me. There was a makeshift tent on one end, but our boat docked at the farther end so we can see more of the place. It was a mass of dead corals, and we were just careful on our steps as we took photos. Our boatman approached the “tolda”. When he returned to our boat so we can leave, he said that the other fishermen went to the nearby island. But the person manning the tent also mentioned that they have been there for one week and have just gotten two sharks. Our hearts sank as we learned this. 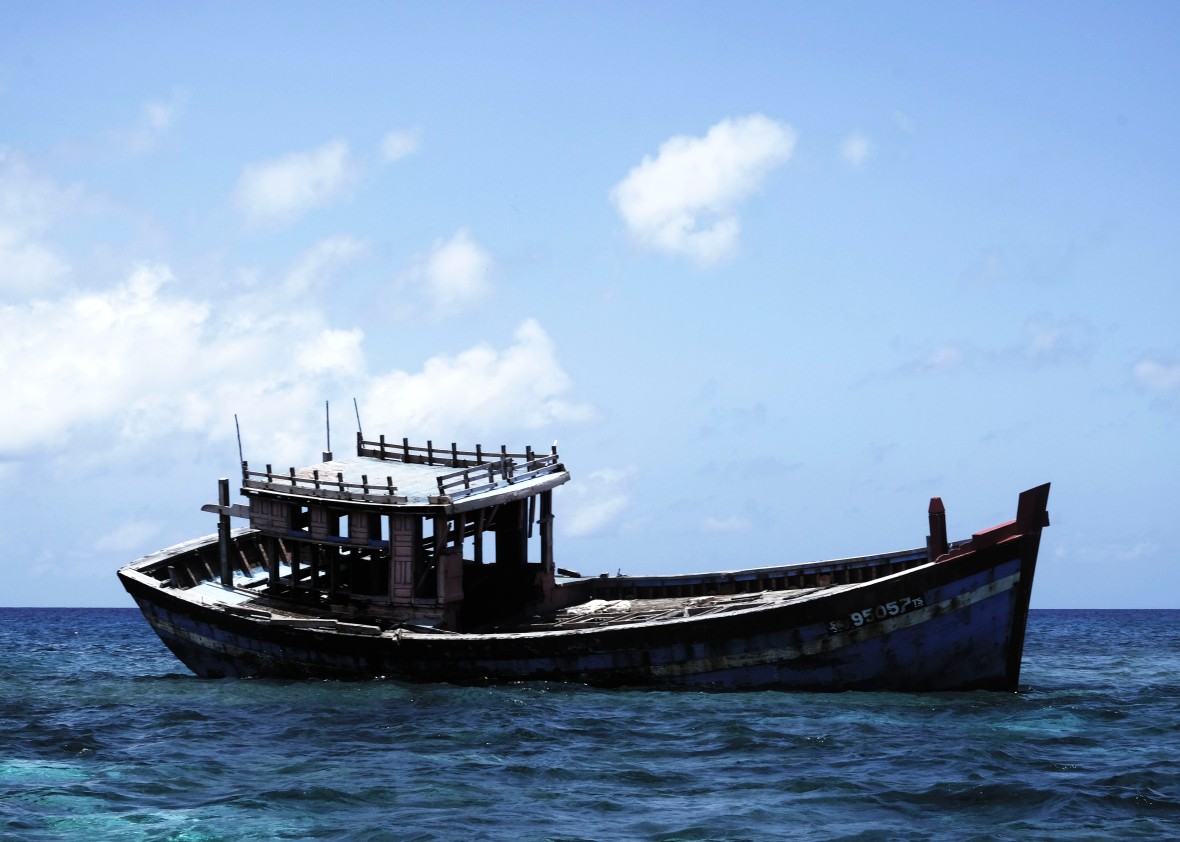 It must have been salvaged by the nearby residents as the ship was bare, dilapidated, and there’s no sign of life on board.

We went back to the mother ship, but asked if we can also try to get closer to the stranded ship that we saw near the area. But since it was shallow, we went back to the smaller boat and we circled the wreck. It seemed like a foreign ship that could have been the buyers/traders of the poached sharks and sea turtles. It must have been salvaged by the nearby residents as the ship was bare, dilapidated, and there’s no sign of life on board.

Our lunch was already prepared as we went back to the mother ship to cruise down south. We talked about what we saw and wondered about how the environmental laws are being handled in the place.

With calm seas and clear blue skies, were still curious as to what our next destination would present.

Shocking Revelation. Fragments of shells and bones and decaying sea turtles are found on this coral bar.

There were two sandbars- coral bars rather, near an islet with a mosque. Before we headed the island, our curiosity led us to the most dreadful sight on these coral bars.

The second coral bar of the day looked like a Pawikan Slaughter Island. Three decaying sea turtles welcomed us as our boat docked near the shore. A few steps more, there was a decaying sea turtle probably a week old, and further down, a set of pawikan intestines scattered on the ground.

As we walked further, we found even more dead pawikans in the form of skulls, skeletons and carapaces. This was inside the pit of the coral bar. This must have been the killing field where sea turtles are killed and processed. It was a dreadful sight. I was even more depressed. 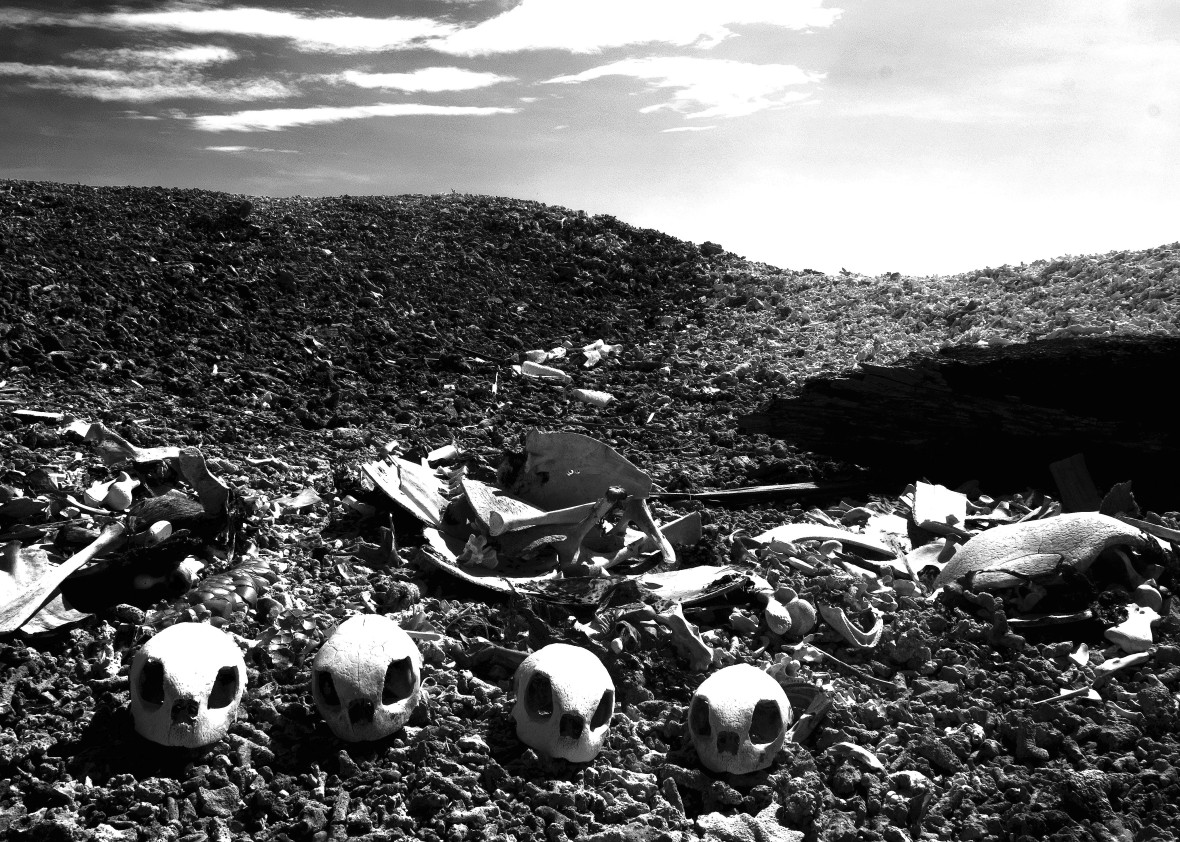 Our boatmen walked further and noticed a few live pawikans tied down near the shore. We wanted to free them, but there were also some speedboats circling the area – probably checking what we were doing there. Our boatmen said we might not make it alive out of the islands if we meddled with the situation. So we left with a heavy heart.

We went to the next coral bar. We noticed two live pawikans near the shore, most likely tied down and are struggling to breathe. Or maybe calling our attention to free them. We really wanted to. But fearing for our safety, we just acted like tourists so the observers would think that we are just there to take selfies.

There wasn’t much to see on this third coral bar. Or maybe we have just had our fill or the most depressing sights in our lives. We headed to the small island with a mosque and found that the community there is deserted. Our boatman learned that the elder who took care of the island died six months ago, he didn’t like illegal activities in his area so he had a close watch on it before. But things seemed to have changed when he died.

Before leaving the islands, I gave the coordinates that I took from my phone to our boat captain. He said he’ll send it to his contact from the coast guards, straight to the higher ups because he doesn’t trust those assigned in the area. I failed to write a report as soon as I got back because I had a new gig that was waiting for me as soon as I got back in Manila.

But two weeks after that trip, I found a news article about some pawikans set free by the police and the marines in the municipality. At first, I was happy about it. But I realized that the operations dated on that report was a week prior to our trip. I wonder how often the concerned agencies monitor and take action of environmental law enforcement. Because the poaching activities continue.

I have been told by someone in the NGO that illegal poaching is a big trade in the South, and publishing these photos (and video clips) could alarm the syndicates who handle this and could potentially endanger our lives. We’re more worried about our boatmen and their families. Thus, I am not disclosing the location of these images. A report would be sent to the respective agencies who I hope will take action.

I am holding the rights to these images, as these should be seen to spread awareness. This is not to single out a municipality, or a province. Illegal poaching is a threat to the marine biodiversity, not just for the Philippines, but in Asia as a whole.

I know that the locals only engage in this activities because they don’t have any alternative means of earning a living. From what I have learned from the locals, the illegal trade easily gives them P10 per pawikan egg. I also just learned that a hawksbill turtle fetches from 15-20 K per piece while the more common green turtle fetches P60/kg.

It’s a sad truth, but in places where access is a challenge, these locals are easily enticed by the big money the trade presents.

Another sad truth is how easy it is for for political clans who have money to buy votes for P500 per voter at election time. Yet they neglect to provide jobs or programs to help the entire community. I believe nepotism is a word for their practice.

The story I would like to hear and maybe tell in the future would be how government agencies and LGUs work together to help educate locals and provide programs that would encourage sustainable livelihood without harming our environment and marine life.

Would that ever be possible?

[update] There’s a recent news that several pawikans have been recovered and set free. But something is missing… There has been at least two special operations but no trader nor poacher has been caught. What the hell are the local authorities doing???

Thank you for reading the article. And since you’ve reached the end of the blog post, you might want to watch this video to have a better idea of what we saw.